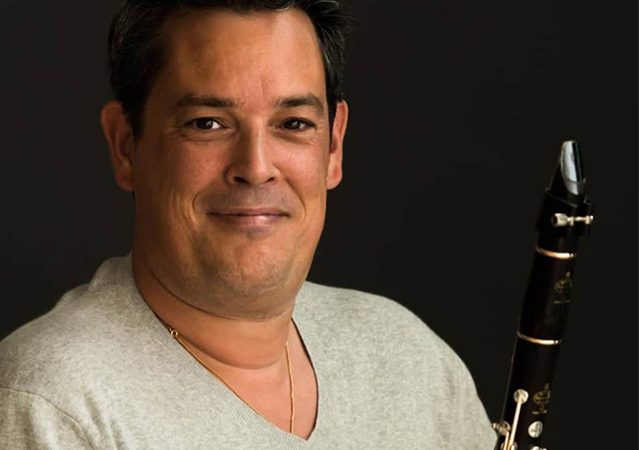 As a teacher, Laurent Ben Slimane was assistant professor at the Conservatoire National de Région de Tours and bass clarinet professor at the Guildhall School of Music and Drama, London. He currently teaches bass clarinet at the Royal Academy of Music, London. He has also taught at the Academia Musicale Internationale d’Assisi in Italy and at the Ponte Cultura International Summer Academy in Corsica, and has given masterclasses in France, Spain, Norway, Poland, USA, South Korea and Italy.

In 2019, he world premiered the bass clarinet concerto Prometheus by Geoffrey Gordon with the Philharmonia and Martyn Brabbins.

Laurent has held the position of Principal Bass Clarinet in the Philharmonia Orchestra since 2005 and, in 2008, was also appointed the Orchestra’s Second Clarinet.

Laurent is an International D’Addario artist.